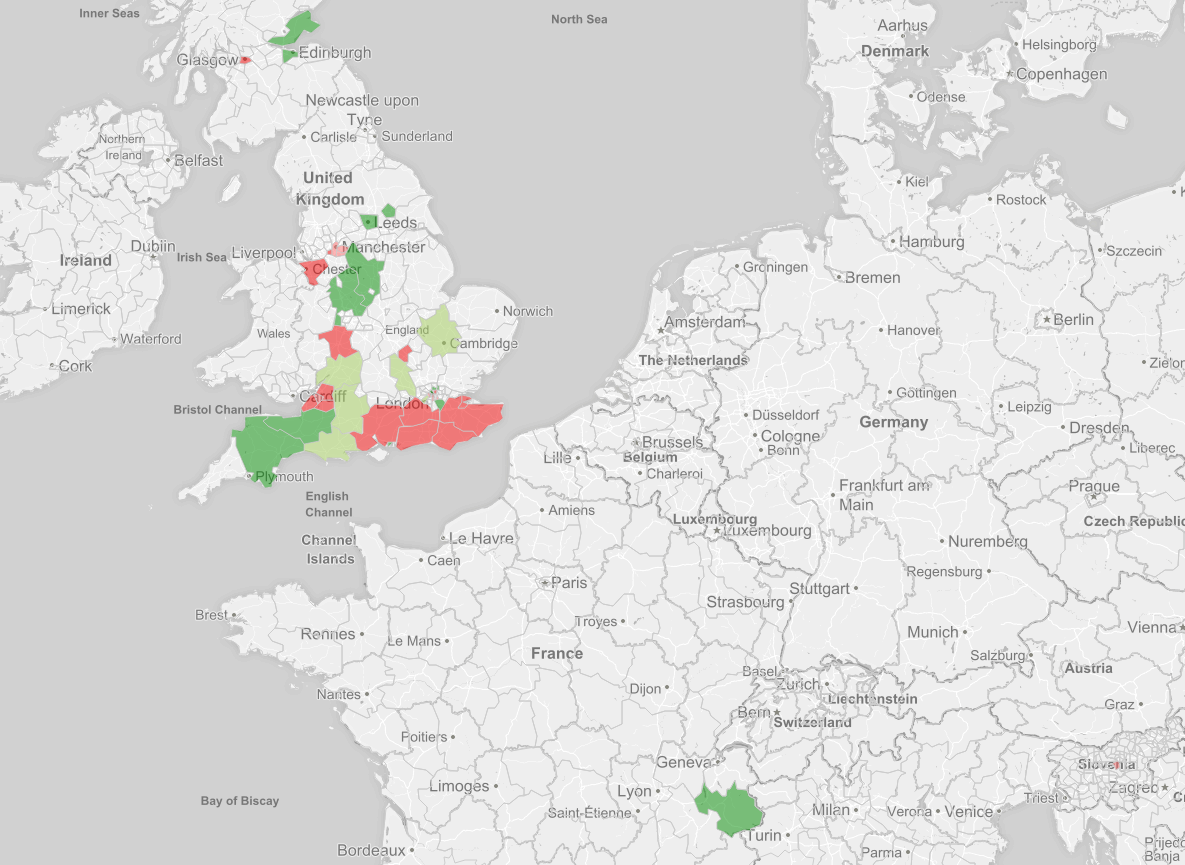 Represent exists to map the world’s opinions and values so that we might find better ways of working together for the greater good.

But if we’re to represent people globally, we are going to need some really good maps and really clever data manipulation. Which is why I am so incredibly proud of our tech team who have done all that, and made it ridiculously fast, too.

Represent now has county / state level opinion mapping for almost every country in the world.

Right now these maps are colour-coded showing the average of everyone who’s answered in that area. If you want a really powered-up view, click the full-screen button on the top left of the map – you’ll see people from America and France have already started signing up.

And of course whenever you answer a question your vote is counted with everyone else’s and immediately and anonymously shared.

Let’s take a pause and think what this means we can do, you and I.

Imagine, just for a moment, if Represent had as many users as Facebook.  Just over 1/7 of the world’s population. Okay 1 billion users is quite extreme… Let’s say 1/10 of that. That would make 100m* of us, together, the 13th largest country in the world. Imagine if we 100m voted on the 5 most important issues to us every day. Instead of just checking the news we create the news by showing our support for an outcome.

I wonder how the climate change negotiations would go in December? I wonder if the Umbrella Revolution would have turned out differently if the whole world could show their feelings? Would any country dare drill under the Arctic? Or if a corporation would still feel confident suing a sovereign nation, knowing that it was now suing an entire citizenry?

If we are to organise ourselves for a new progressive era, we need new progressive tools. What’s done so far is just the beginning.  In the next few weeks and months you’ll be able to:

To say we’re excited would be an understatement.  But we’re British, so let’s just stick with that.

Try Represent and be part of the most engaging and fast growing movement for democratic representation.

* That’s reasonable for an online service these days. But let’s not be naive: our marketing team has their work cut out.