Good schools for everyone report 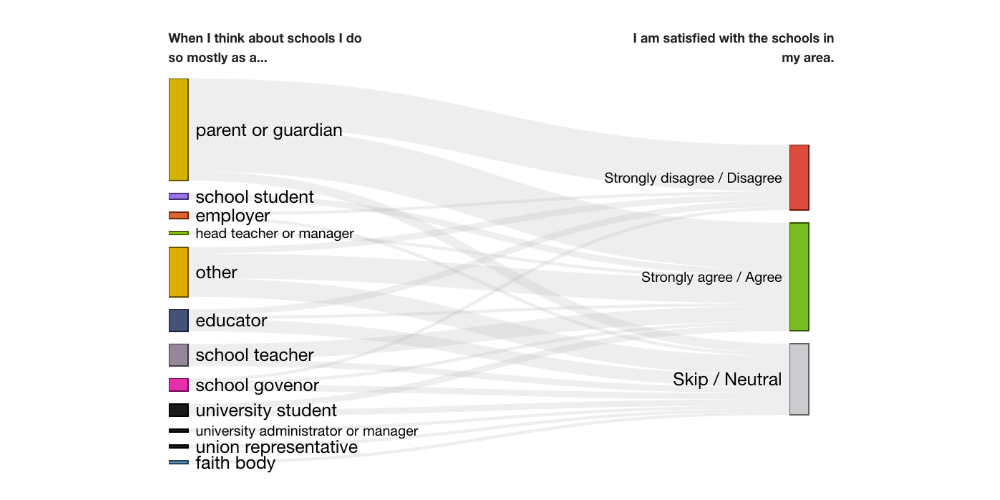 Good schools for everyone report

by kathryn
in Case study
Comments

For the last month we’ve been inviting you to have your say on the future of schools in England so that your ideas can be included in the Department of Education’s policy proposals. We’re really pleased to say that your votes and ideas have have now been submitted to the department.

The majority of participation was from England, although not all constituencies were represented. Majority of respondents were 15-45 years old.

Where did people answer from?

Of those who told us the role in which they were answering and how they were educated:

Quick recap: What did the government propose?

What did you say?

On good school places and the purpose of education:

Most respondents think that it is still who you know, not what you know and how well your parent are that determines success in life.

On university involvement with state schools

We shall keep you posted on the developments of the government’s proposals and as they move through to Parliament.